Jeremy Kost is a tireless chronicler of gender, sexuality, and nightlife, and a pioneer of the Polaroid. HUGO BOSS in partnership with The Andy Warhol Museum, one of the  four Carnegie Museums of Pittsburgh, is pleased to announce Jeremy Kost, Of an Instance, an exhibition of works by Jeremy Kost.

Jeremy Kost, Of an Instance presents an overview of Kost’s work to date, focusing on three main points of interest in his practice, fame, drag queens and the male figure—all joined through a common theme of facade. The exhibition consist of a selection of works by Kost that include his signature Polaroid collages, videos and a new series of silkscreen paintings, exhibited in dialogue with a selection of works from The Andy Warhol Museum’s collection that are selected by the artist and include Warhol’s Polaroids:  self-portraits as well as celebrity portraits. Kost and Warhol both traverse the subcultural terrain of nightlife and parties, sharing an insatiable interest in celebrities, drag queens and beautiful men. Jeremy Kost, Of an Instance will reveal the artist’s ability to uncover intimate aspects of both celebrated and unknown characters, and explore the idea of façade and identity as seen in his subject’s personae. 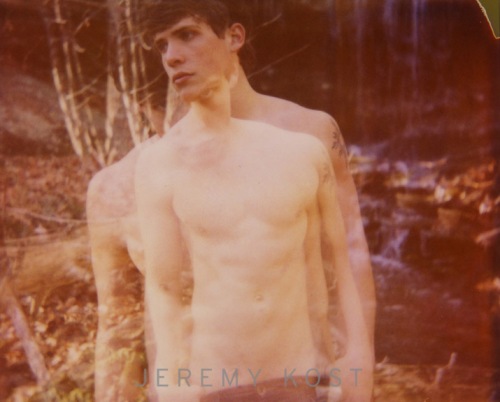 This entry was posted in Magazine. Bookmark the permalink.